“Luke has done more for accessibility in Canada than any other government agency in 15 years.” — Tim Rose, Accessibility, Disability & Diversity Advocate 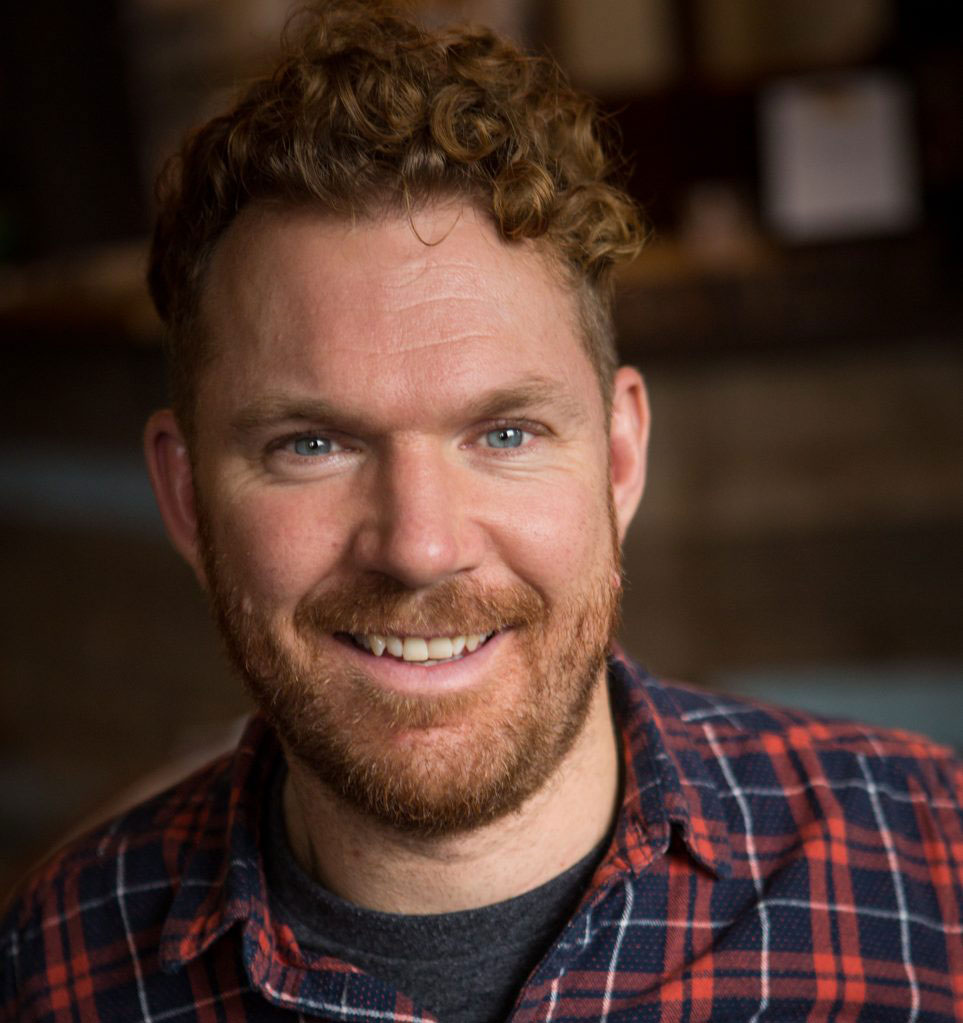 After sustaining a spinal cord injury in 2002, Luke Anderson was all of a sudden introduced to a world that's not well suited for a wheelchair user. His frustration encountering access barriers led him to found the StopGap Foundation, which raises awareness about the importance of a barrier free and inclusive society. StopGap is helping different community leaders across Canada adopt their own Community Ramp Project and they recently developed a school program to engage students in StopGap's awareness raising initiative. Luke is a licensed professional engineer, enjoys speaking as a volunteer ambassador on behalf of the Rick Hansen Foundation, and was awarded the 2016 Jane Jacobs Prize.

It’s 2002, the world’s first camera phone had hit the market and Nickelback’s How You Remind Me (shiver) is getting major airplay on the radio. A recent university graduate named Luke Anderson has followed his dream west, and is living in the mountains of British Columbia. He’s putting his engineering degree to good use working as a homebuilder, and playing hard with other like-minded mountain biking enthusiasts. One beautiful autumn day, Luke and his good friend Johnny were riding down a tricky trail they had heard other mountain bikers raving about. They came upon a 25ft gap which Johnny cleared without a problem. Luke was determined to give it a try as well. He made sure he was in the right gear, gripped the handlebars tightly, pushed down hard on the pedals, left the takeoff platform, and his life as he knew it.

In that moment Luke went from being a physically independent person to someone who must now depend on others for help. In that instant he entered a world that was no longer completely accessible to him. This frustration is what led to the StopGap Foundation. StopGap is building brightly coloured single-step ramps to not only increase accessibility, but also to start a conversation about the importance of an inclusive society. The project has had early success in Toronto, and is building grassroots support in communities from coast to coast.

Luke speaks on behalf of the Rick Hansen Foundation, and his work has been featured in the Toronto Star, Globe and Mail, CityTV, Global News, CBC, Now Magazine, CTV’s Canada AM. The Agenda with Steve Paikin and many other outlets across the country since the first ramp project just a few years ago. He is currently working with schools boards to involve students in StopGap, and was awarded the 2016 Jane Jacobs Prize.

An amazing thing happens when these brightly coloured ramps show up in a neighbourhood; people don’t just notice the ramps, they notice who doesn’t have a ramp. They start asking why, and often ask themselves if they are part of the solution, or contributing to the problem.

How To Be a Better Ally To People With Disabilities

Unconscious bias is an inherent or learned stereotype about people that we all form at some point in our lives without even realizing it. It’s a lived, embodied experience. We behave from that place when we encounter something that doesn't align with our experience–there's an inner conflict or a clash. It can show up as a twist or a tightness in your stomach, a twist in your throat, an uncomfortable feeling when you encounter someone you perceive as different, and in a split second, we form an unconscious thought or belief about that person. “It’s totally normal to feel this way,” says Luke Anderson, Founder of StopGap, the social innovation project that has changed the conversation around accessibility and inclusivity.

Luke Anderson urges people not to hide from that feeling, but to lean into it. “We need to give ourselves a permission slip to acknowledge our fears that come up in these situations, examine those feelings, and then ask better questions.”

In this talk, Luke uses humor, stories from his lived experience, guidance on how to connect such as creating access intimacy, and useful practices like empowering language use to help you clock your unconscious bias, and ultimately, be a better ally.

Do Good, Make Money: How Businesses Can Drive Social Change and Become More Successful Than Ever

Ten years ago, social innovation and social enterprise were foreign concepts. Why would a business care about anything other than making money? Now, the pendulum has swung the other way. As socially innovative products and companies began to crop up, corporations started to wake up to a new reality. Today’s consumers are not only demanding that companies do good, they are using their dollars to prove that corporate social responsibility and social innovation can fuel massive growth.

In this talk, Luke Anderson explains the rise of StopGap, the social innovation project he founded that has changed the conversation around accessibility and inclusivity in Toronto. Luke will introduce your audience to the concept of social enterprise and how it has the capacity to unite business and social change. He will share the moving story of the accident that inspired StopGap, and how great ideas often come from a place of need. And, he will reveal how and why businesses must embrace the mindset of social innovation to succeed.

Success can be found on a spreadsheet, says Luke. But it can also be found in your community. When businesses take on the challenges facing the people around them, real change can—and will—happen.

Luke Anderson is the epitome of change-maker. He saw a problem that affected not only him, but many others around him—and he did something about it. Creating a more accessible world has long been viewed as an unwieldy, unfixable issue. Governments have been hesitant to legislate businesses to be accessible, and costs to voluntarily improve accessibility have historically been prohibitive. Not anymore, thanks to Luke’s StopGap Foundation and its Ramp Project.

In this moving talk, Luke shares the story of the accident that led to the creation of StopGap. He tells audiences how to lead by example; how to let their actions speak for them; how to overcome the barriers they will inevitably come across. Luke’s story will ignite a spark inside every single member of your audience. Making an impact in this world, he says, can be much simpler than you may think.

As both a senior manager and someone with lived experience of disability, I cannot recommend Luke Anderson enough as a speaker. Luke's engaging style, personal story and in depth knowledge around inclusive design and accessibility make his message a truly powerful one. Any organization would be lucky to share in Luke Anderson’s wisdom and approach to transforming the way that we think about accessibility. Thank you, Luke!