The Youngest Brain-Computer Interface Developer in the World

Geneticist/artificial-intelligence developer/blockchain engineer. Multi-hyphenate careers are the new norm, but Ananya Chadha’s is on another level—and she’s only 20.” —Refinery29 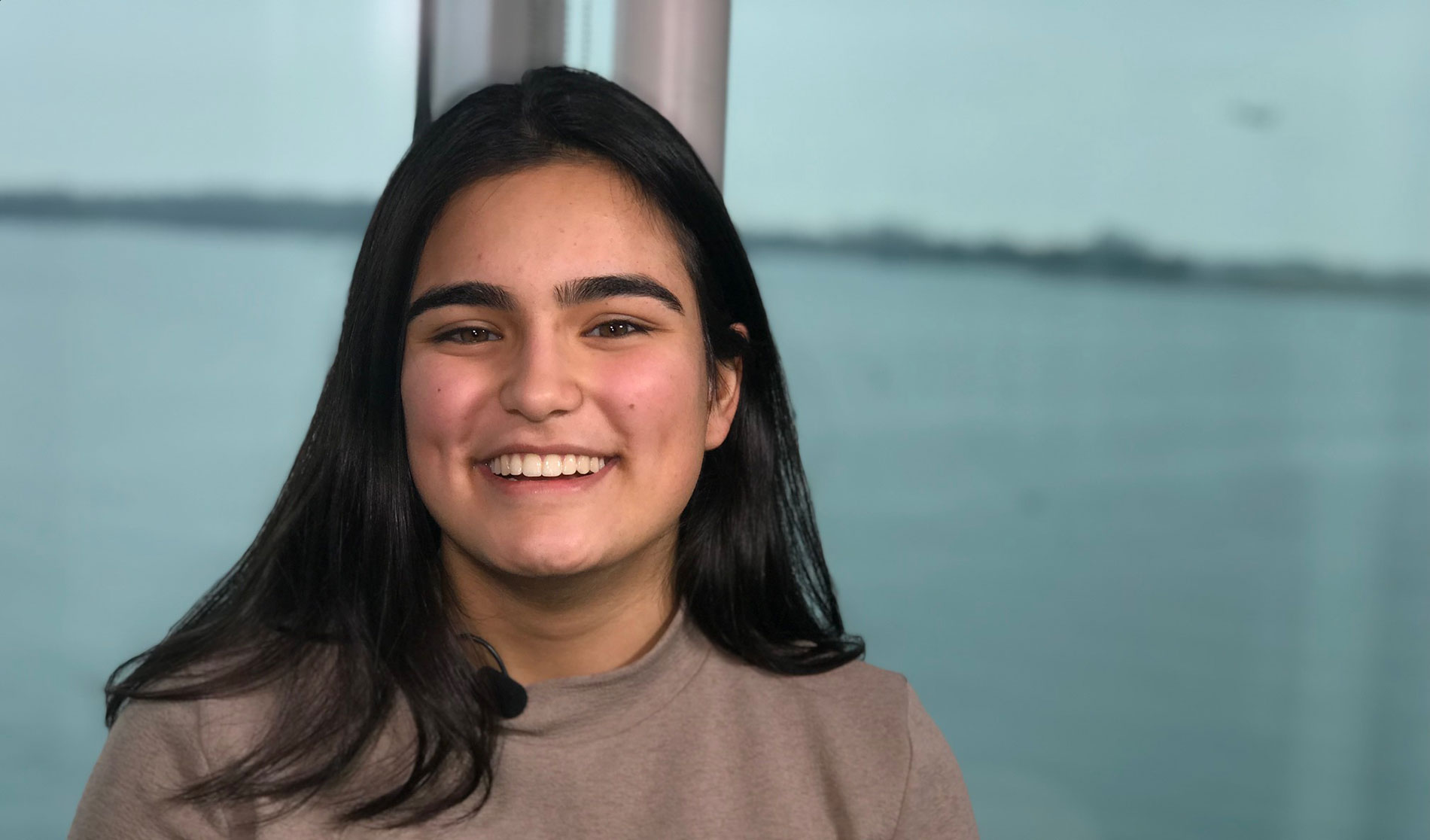 Ananya Chadha is the definition of innovator. She has built mind-controlled cars, brain-controlled prosthetics, and talking robots. She conducted genomics research, built a platform that puts genetic data on the blockchain, and worked for a VC fund. Now, she works on the Artificial Intelligence team at IBM. Oh, and she has her pilot’s license. Did we mention she’s not even 20 yet?In captivating, high-energy keynotes about innovation, technology, and leadership, Ananya shares her relentlessly positive worldview and why she believes we are capable of changing the world, if we only just keep learning, stay passionate, and refuse to follow the status quo.

Teen innovator Ananya Chadha didn’t want to follow a “normal” path (school, more school, even more school, then settle for a job you may not even like). So, she started working in genomics research at the Cohn Lab at SickKids hospital as a young teen. Her experience in genetics helped her realize the problems in genetic data acquisition, so she recruited experts and teammates to build G-nome, a platform famously putting genetic data on the blockchain. The platform was moved into ConsenSys.

Ananya then worked on the investment committee at Babel Ventures, a San Francisco biotech VC fund. She worked on the Artificial Intelligence team at IBM with special interests in neural interfaces and neural technology, new technologies to fix problems (e.g., the dissolvable/biodegradable plastic bags she’s currently developing), machine learning, quantum learning, and so much more.  Ananya is currently studying engineering at Stanford.

Ananya Chadha is a teenager who cares deeply about building a future that is better than anything we can currently conceive of. One that exceeds our wildest imaginations, it will be hard, but not impossible. She wants to impact at least a billion people for the better, and will create a start-up to make this happen.

Ananya has won many prestigious awards. She has been 2020 – Top 100 Most Powerful Women in Canada. In 2019, she was in Top 29 Canadians by Refinery29, Top 30 Under 30 Developers, Woman of the Year by CryptoChicks, Grand Prize Winner at Impossible Science Challenge, Indo Canada Chamber of Commerce Young Achievers Award. She is a Pilot, an engineering student at Stanford University and a member of Masason foundation.

Ananya has worked in gene-editing and developed a platform to put genomic data on blockchain, for anonymous uploading. She has developed neurotech devices like brain-controlled prosthetics, remote control cars, MP3 players controlled with EEGs, electrodes, and brain signals.

Ananya was on Investment committee at Babel Ventures, worked on Artificial Intelligence at IBM and developed COVID reports for Department of National Defence. Ananya has been on the Daily Planet Show, CBC, Global News, advised companies like Wealthsimple and Zappos, and speaks at various conferences around the world like Websummit, Collision, EDCON, Singularity University, Elevate, Devcon and others.

“I like to build things to solve problems,” says Ananya Chadha. “I question assumptions ... because there’s nothing you can’t do.”

In this electrifying keynote, teen innovator Ananya Chadha shares some of the newest tech she’s excited about right now—like dissolvable plastics, brain-to-Internet or brain-to-brain interfaces, and machine learning and Artificial Intelligence—and why it’s on the cusp of changing our day-to-day lives. She shares her remarkable personal story and path to prestige and opportunity at such a young age. And, she identifies key lessons we can all use to help us embrace a growth mindset, let go of past assumptions, and learn about and create things we never thought were possible.

“My personal goal is to push humanity forward,” says Ananya—and she’s already doing it. Won’t you join her?

“I’ve never seen anyone who communicates better with less jargon. She makes things clearer and explains the most arcane technical issues in language that everyone can understand. Ananya, you are a pioneer in your field and in the art of communication.”