“Kelly Sue DeConnick is the Future of Women in Comics.” —Vanity Fair • “The woman who's taking on the sexism of the comic book industry and winning.” —Vox 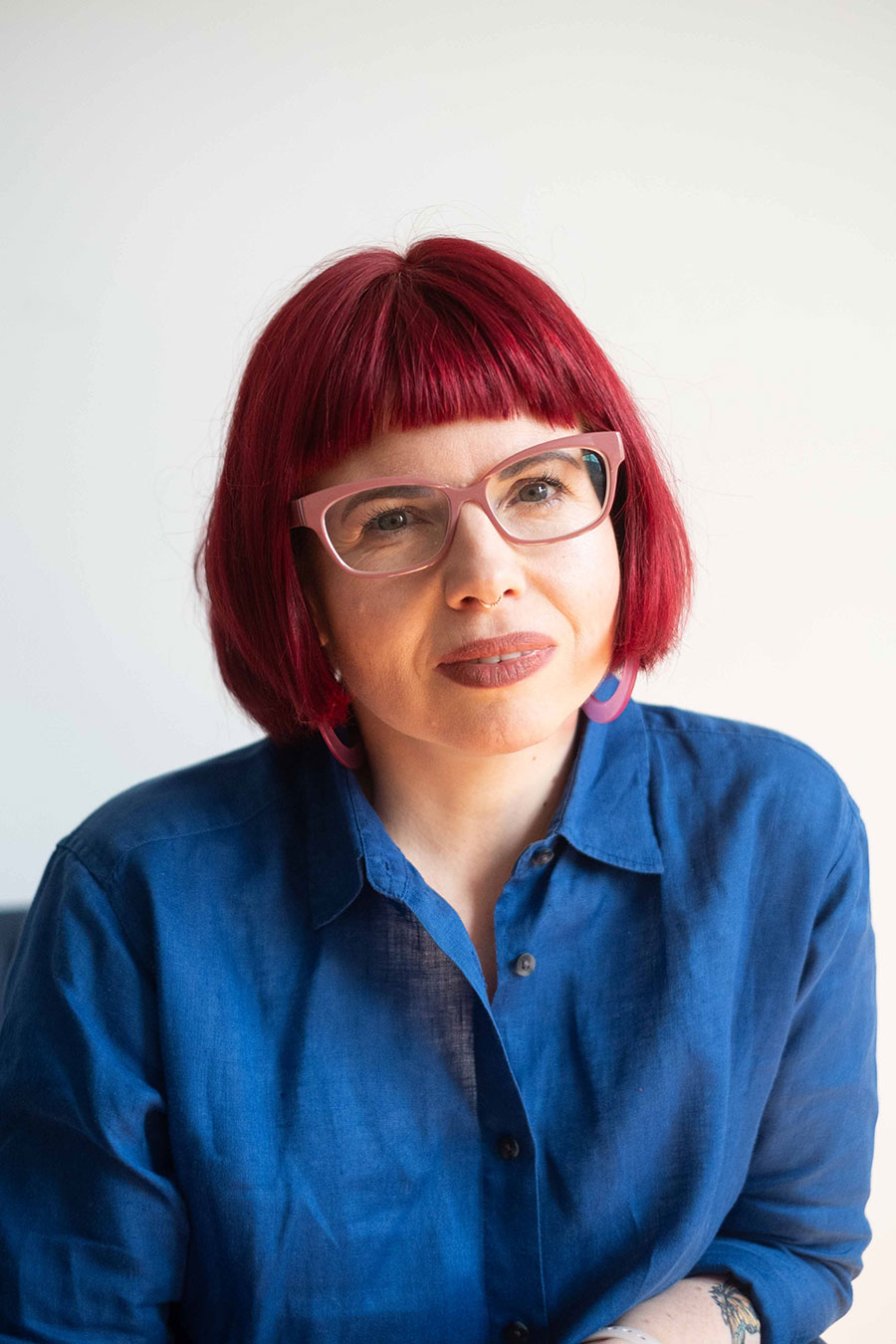 She’s been called “the feminist rebel changing comics” (The Daily Beast) and “the future of women in comics”(Vanity Fair) and “the woman who's taking on the sexism of the comic book industry and winning” (Vox). Kelly Sue DeConnick is all of the above. She’s the legendary comic book and television writer whose long run on Marvel’s Captain Marvel inspired the record-breaking film starring Brie Larson. She’s also an outspoken feminist activist who is on a mission to make art that truly reflects the world around us. Kelly Sue founded #VisibleWomen, a movement bringing visibility to women and non-cis-men working in comics.

Her keynotes are animated, riveting, and above all: empowering. They challenge us to engage critically with the media we consume, get comfortable with being uncomfortable, and do anything we can to make our voices heard. “What I bring to the table matters,” she says. “I know that heroes—even the really gothy ones—don’t limit themselves to battles they know that they can win.”

Kelly Sue DeConnick is a comic book and television writer. Her long run writing Marvel's Captain Marvel put Carol Danvers in the Captain's role and inspired the 2019 film that made over a billion dollars at the box office. She served as a consultant and also appeared in the film.

In addition to her two award-winning independent series, Pretty Deadly and Bitch Planet, she  wrote Aquaman for DC, and recently wrote the long-awaited release of Wonder Woman Historia: The Amazons, which tells a complete history of the Amazons and Themyscira in the DC Universe. She develops television for Legendary TV, and her writing has been nominated for Eisner and Hugo awards.

Kelly Sue DeConnick is one of the most renowned comic book writers working today. Among many other projects, her long run on Marvel’s Captain Marvel heavily influenced the billion-dollar box office film, and she’s currently the first woman to ever have an extended run on DC Comics’ Aquaman. But as a woman in a heavily male-dominated industry, making the art she wanted to make has often been a challenge. “Our culture is constructed to set women against each other—to pretend as though we are all competing for a single seat at the table,” says Kelly Sue. “And that’s just not the case.”

In this provocative keynote, Kelly Sue shares exactly why it’s so powerful to see someone on screen who’s a little more like you. She reveals why she created the hashtag #VisibleWomen, opens up about being a vocal feminist in the age of social media, and describes how Captain Marvel has inspired a whole new generation of girls. It’s a compelling talk that moves us to get active in our communities, start telling our own stories, and know that we have to do the work to see change happen. “I don’t want anyone to sit down,” Kelly Sue says. “The job is not done yet. Everyone needs to be able to see themselves as a hero.”

I can’t pick just one favourite part from her talk. She was so real. So authentic. So genuine and empathetic and smart and inspiring. The best I’ve ever witnessed.

I loved Kelly Sue’s talk SO much! I loved her insights and perspective. It want to find out more about the Bitches that Get Shit Done group

Kelly Sue DeConnick was an absolutely gem and a treat. I LOVED her take on using the superhero story to push yourself through change. She did a fantastic job!!

The big take away from Kelly Sue was the feeling of empowerment. The story telling and relating that to life was so engaging. It was an amazing presentation!

Kelly Sue was so real in her presentation, her style really resonated with me in how to view the past years struggles and how to flip the script on future hardships.

The empowerment that she showed us–that women CAN be successful in a male dominated world.